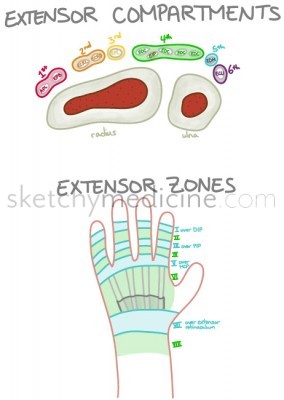 There are a whole lot of wrist/finger extensors trying to fit in the wrist and anatomically these are divided into 6 compartments.

7 thoughts on “Extensor Compartments and Extensor Zones of the Hand”